South America is a place of almost incompressible diversity. A complexity of geographical features span the continent from deep tropical rainforests to high mountain deserts. So, too, is this dynamism personified in the languages of those who live here. So much to see, yet little opportunity to see it all. Visit the Portuguese brushed Brazil and Rio de Janeiro where long golden sands and samba feed the soul. Experience the charm of Uruguay in Montevideo, and taste the richness of its culture and land in its fine wines. Buenos Aires will tantalize your sprit with the rhythm of the tango as you walk its colorful neighborhoods. Rarely does one get an opportunity to explore such beautifully distinct places on one trip, but here you can. Add in the element of a concert in each city at one of their world-class concert halls, and you truly have something unique! 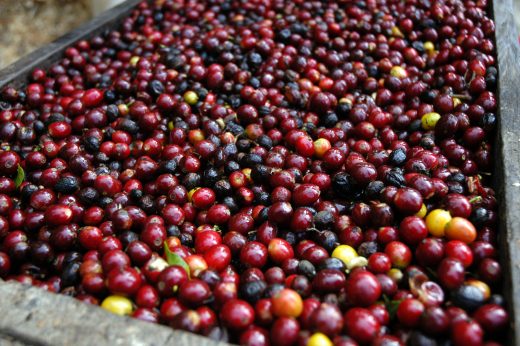 Board your overnight flight to Rio de Janeiro, Brazil, and transfer to your luxury hotel. Discover the ways of the carioca, as the residents call themselves, in Rio’s restaurants, clubs, cinemas, art museums, and the golden stretches of Ipanema and Copacabana. Tonight enjoy carioca cuisine at the fine restaurant within your hotel on Copacabana Beach. MIRAMAR BY WINDSOR.
(Meals Aloft,D)

Start off your day by taking the cog train to the top of the 2,310 foot Corcovado Mountain, the site of the inspirational Christ the Redeemer statue. Enjoy the spectacular views of Rio and the surrounding countryside from the observation deck. Lunch will be a traditional barbecue at a typical, ‘carioca’ house. Resume your tour as you ascend the iconic slopes of Sugarloaf Mountain by cable car or on foot, and enjoy stunning views and a refreshment at the summit. HOTEL MIRAMAR BY WINDSOR.
(B,L)

Venture off on a city tour this morning and visit November 15 Square, Praça XV, Ouvidor Street, Gonçalves Dias Street, the Banco do Brasil Cultural Center, France Brazil House, the old Custom House, and the majestic Cathedral of Rio de Janeiro. Luncheon is at the historic Confeitaria Colombo. After lunch, regard the San Bento Monastery and the neoclassical Candelária Church before drinking in the historic district of Santa Theresa. Tonight, enjoy a performance at the Municipal Theater, one of the most beautiful and important theaters in the country. HOTEL MIRAMAR BY WINDSOR.
(B,L)

Today you are at leisure to do as you wish. This evening you are invited to take in the carioca night life at the Rio Scenarium, a show house located in the Lapa, the bohemian neighborhood of Rio. The venue is decorated with relics of Brazil’s musical history which is kept alive via live performances nightly. HOTEL MIRAMAR BY WINDSOR.
(B,D)

Fly to Montevideo, a vibrant, eclectic city with a captivating cultural scene, romantic neighborhoods and stately colonial buildings. Next day, embark on a four-hour city tour. See the town hall building, the cathedral, and Independence Square, which divides Montevideo’s old and new areas. Visit Palacio Salvo and continue to the neighborhoods of El Prado and Carrasco. Enjoy Lunch at El Palenque Restaurant at the Mercado del Porto.This afternoon consider fine works of Uruguayan artistry at the Torres Garcia and Blanes Museums, and the National Museum of Visual Arts. Tonight experience a concert at the beautiful Solís Theater. HYATT CENTRIC MONTEVIDEO.
(B,D; B,L)

Today enrich your understanding of Uruguay’s prodigious wine industry, which stretches back some 250 years. Visit the Juanico winery, one of the country’s largest with a wine cellar built in 1840, and the Antigua Stagnari, a traditional family winery founded in 1928. Enjoy wine tastings and see how they transform grape juice into something sublime. HYATT CENTRIC MONTEVIDEO.
(B,D)

Your Content Goes HereaIn the morning make your way to the Port of Montevideo to take the Buquebus ferry across the Rio de la Plata to Buenos Aires, where you will be escorted to your hotel. Tonight a delicious dinner awaits you followed by an intimate local tango show at Cafe de los Angelitos, a living museum of the tango that has undergone a number of transformations prior to its current elegant incarnation. BUENOS AIRES RECOLETA GRAND HOTEL.
(B,D)

Explore Buenos Aires today. Start at 9 de Julio Avenue, the Obelisk, Corrientes Street, and the Plaza de Mayo, Buenos Aires’ oldest park. Buenos Aires is a city of neighborhoods each with its own distinct character. Walk through San Telmo, a creative artist’s colony; Plaza Dorrego, known for its antique shops; La Boca, adorned with brightly colored buildings. Take in the restaurants of Puerto Madero and the gardens and woods of Palermo and end in Recoleta where the elite of Argentina are buried, including Evita Peron. Lunch is at La Parolaccia Restaurant. This afternoon visit the Luthiers of Buenos Aires followed by a visit to the prestigious Teatro Colón where you will be treated to a guided tour of the salons and auditorium. Tonight you will attend a performance at this world class venue. BUENOS AIRES RECOLETA GRAND HOTEL.
(B,L)

Drive to the provincial town of San Antonio de Areco, known for its dedication to celebrating the way of the gaucho (cowboy). Then drive to El Ombu de Areco a magnificent, family-owned estancia adorned with centennial oaks, araucarias (monkey-puzzle trees), palms, eucalyptus, casuarinas, and magnolias. After lunch you can avail yourself of the many activities available here such as carriage rides, tennis, volleyball, football, pool, ping pong or perhaps a leisurely walk through the estancia’s beautiful environs. BUENOS AIRES RECOLETA GRAND HOTEL.
(B,L)

Today you are at leisure to do as you wish. There is an optional excursion (additional cost) to San Isidro, the playground of the aristocracy and then a cruise up the Paraná River delta to the river town of El Tigre. Tonight, you are transferred to the airport for your flight back to the United States.
(B)

Maximum group size: Although no restrictions, we recommend a maximum of 35 travelers.

Rio de Janeiro has a temperate climate year-round. During their summer – December through March, it can be quite hot, but refreshing showers in the afternoon cool the temperatures down. The winter months are July through September, but it never gets cold and this is the time with the least rainfall.

Montevideo enjoys pleasant weather year-round. During January/February, the temperature is a comfortable 75 degrees, making it a fantastic place to escape to from the cold north. Throughout the year, however, it can be windy and foggy, but it does not rain much and is quite pleasant with the lowest temperature during July/August in the 50’s.

Cosmopolitan Buenos Aires has mild winters (July/August) and humid and hot summers (January/February). Best time to visit is spring (September to November) and Fall (March to May).