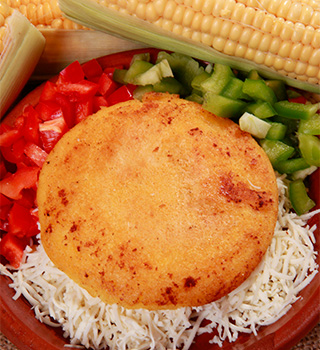 Your journey begins as you board your flight to Quito. Upon arrival in the evening, you will be escorted to your elegant hotel which is located in the heart of historic “Quito Antigo” and surrounded by churches, museums and national monuments. An official National Treasure, Patio Andaluz holds centuries of history within its walls and is a marvelous building of Colonial origin, which offers every visitor an experience not unlike turning back in time. It was part of the original Solaris (original building sites) that constituted the City of San Francisco of Quito at the time it was founded. Enjoy the enchantment and comfort that this elegant boutique hotel offers, with large arches, balconies, and towering attics that gives the feeling of being in the republican era. The inviting guestrooms have hard wood floors, vaulted ceilings, original works of art and fresh picked flowers and feature colonial style headboards, armoires, Latin work desks with antique lamps, color televisions and large windows. Hotel amenities include a coffee shop, full gourmet restaurant, a Tapas wine bar, spa, gym and solarium. Overnight at the HOTEL PATIO ANDALUZ. www.hotelpatioandaluz.com

Your morning is at leisure. This afternoon embark on a tour of Quito’s colonial quarter, the largest and best preserved of South America. With over 400 years of history and a strong Spanish heritage, you will see sublime colonial flavor in the architectural masterpieces such as private buildings and mansions, the cloisters and churches, museums and public buildings. The stroll starts at the Independence Plaza, flanked by the Cathedral, the Presidential Palace, the Municipal Palace and the Archbishop’s Palace. Visit the temple of La Compaňia de Jesús and its awesome gilded interior. Continue on to the Monastery of San Francisco, one of the great religious buildings of the New World, with its impressive façade and atrium that lead to its Baroque interior influenced by Moorish style, with the winged Virgin of Quito at its main altar. Visit Academia Latinoamericana before you return to your hotel where the rest of the day is at leisure to further explore the city and shop. Tonight enjoy a welcome dinner at your hotel. Overnight at the HOTEL PATIO ANDALUZ.

Early this morning you will depart for South America’s most famous Indian fair, the Otavalo Market, centered around ‘Poncho Plaza’. The best day of the week to hit this famous and friendly corner of the Andes is Saturday – the biggest market day for visitors and locals alike, but a mini market is offered daily. As you stroll the streets you’ll find everything from sweaters to wall hangings to ceramic fried eggs, fresh produce to intricate jewelry.

After your visit to the Otavalo Market you will enjoy an authentic Andean lunch at a local restaurant, followed by a stopover in Cotacachi – the center of Ecuador’s leather industry and the best place to purchase inexpensive leather goods. You will return to Quito late in the afternoon, where the remainder of the evening is at your leisure.
Overnight at the HOTEL PATIO ANDALUZ.

In the morning you will be escorted to the airport for your flight to Baltra Island, where you will board your cruise ship. On land and in the sea, the Galapagos Islands give the impression of a diabolic Garden of Eden. The islands’ tumultuous volcanic history of scorched earth and fiery flows are evident the moment you arrive. Inhospitable, uninhabitable, tortured. These are the adjectives inspired by the lava-seascape. But look closer… this seemingly Spartan landscape is in fact teeming with life – the first of the Galapagos’ many contradictions. Suddenly you realize that what you thought was a rock is in fact a sun-seeking iguana! And to add to your surprise, it doesn’t seem the least bit perturbed by your intrusive gaze… another Galapagos contradiction. Due to their long history of isolation from humans, both land and sea animals remain virtually fearless and unaffected by visitors. This is the land that Charles Darwin visited as a naturalist on board the HMS Beagle, which was bound on a long scientific survey expedition to South America and the South Seas (1831-36). His zoological and geological discoveries on the voyage resulted in numerous important publications, and formed the basis of his theories on evolution.

For the next five days, you will bear witness to our planet’s most captivating wildlife, including their namesake, the 600-pound tortoises, which in the Spanish language, are called Galapagos. You’ll be mesmerized by the awe-inspiring landscapes and misty volcanic peaks. The underwater world is equally enchanting. Upon arrival, your crew is waiting to escort you to your anchored home for the next five nights, the M/V Santa Cruz II. Each of the 50 cabins has private facilities and the entire ship is air-conditioned. The friendly staff will be waiting to accommodate you in every way possible and the excellent naturalist-guides will keep you happily occupied. In addition, the food and well-stocked bars are exceptional. Small boats, known locally as “pangas”, will ferry you to and from the shores. Both on board and on shore, uplifting escapades await. After the expert naturalists share their knowledge of the area, you will no longer be able to view your trip as a mere visit, but as a cherished experience.

In the afternoon, you visit Las Bachas, a sandy white-coral beach that is a major egg-laying site for sea turtles .These two small beaches are found to the West of Turtle Cove. Their sand is made of decomposed coral, which makes it white and soft, making it a favorite nesting site for sea turtles. Behind one of the beaches there is a small brackish water lagoon, where occasionally is possible to observe flamingos and other coastal birds, such as black-necked stilts and whimbrels. The other beach is longer, but it has two old barges that were abandoned during the Second World War, when the USA used Baltra Island as a strategically point to protect the Panama Channel. (The metal is rusty and sharp, so it is not a good place for swimming).Return to the ship where you will have a briefing on the next day’s activities followed by a welcome cocktail and dinner with the Captain.
Overnight aboard the M/V SANTA CRUZ II. www.metropolitan-touring.com

After breakfast enjoy a coastal exploration along the impressive cliffs of Buccaneer Cove. Learn about the history of Santiago Island, its relevance for the whalers, pirates and early researchers, including Darwin’s epic voyage in 1835, and the conservation projects aimed at eradicating feral species (a fence stretched along the rocky outcrop is visible to save native plants from the once existing enormous goat population). Today the island is free of feral goats, and the cove is home to a large number of marine birds, sea lions and inter-tidal organisms. Enjoy fantastic natural formations such as the “Elephant Rock”, “The Bishop” and an impressive natural cave. This is a great site for snorkeling too!

Stroll along the shoreline along at Puerto Egas, Santiago (James) looking for octopus, starfish and other sea life caught in the small pools as the tide goes out. You may also see the Great Blue Heron, Lava Heron, Oystercatchers and a Yellowcrowned Night Heron. If the tide is low, you’ll see marine iguanas grazing on the exposed green algae. Your walk comes to an end when you arrive at the fur seal grottos; these are the deep pools of clear water where you can swim with the shy fur seals that hide in cool caves. This will be your best opportunity to see the fur seal, once thought to be on the verge of extinction. Overnight aboard the M/V SANTA CRUZ II.

Disembark at Rabida Island on a red-colored beach, due to the unusually high content of iron in the volcanic material. A gratifying stroll along the beach of this small island allows the observation of a large colony of sea lions, marine iguanas, mockingbirds, Yellow Warblers and several species of Darwin’s Finches. Very close to the beach, hidden behind a strip of green saltbush, is a salt pond where at times Greater Flamingos migrate to; these spectacular birds feed on the brine shrimp found in this saline pond. From June to November pelicans nest in the surroundings. This is a great place to snorkel from the beach, both for beginners as well as for experienced snorkelers, due to the unique combination of underwater species and submarine landscapes. During navigation to your next destination, keep your eyes open for dolphins.

After lunch visit Bartolome, a small rugged island off the eastern shore of Santiago where it seems like you are walking on the moon. This young island is inhospitable to most plants and animals. Embark on a 30-minute climb to a summit of a once-active volcano for a panoramic view which includes the guardian point of Pinnacle Rock, the worn-away remnant of a cone composed of spewed ashy particles. This is a steep climb aided by a wooden staircase but the view from the top is worth the effort. Down below, the water is crystal clear, and you can swim and snorkel with schools of fish after your hike. On the other side, you will find sea turtles and white-tipped sharks close to the shore. You will have time to enjoy snorkeling and swimming from the beach with the endemic Galapagos penguins that frequent this cove. Overnight aboard the M/V SANTA CRUZ II.

Today you will venture out to one of the most amazing and complete bird islands in the Galapagos-Tower, also known as Genovesa, where you spend an entire day. Upon arrival take a panga ride to view wildlife near El Barranco (Prince Phillip’s Steps). Here you can view a secondary colony of Red-footed Boobies roosting in mangrove trees. At the end of the trail, you are on the side of the cliff with a majestic view of the bay as well as the sea birds flying back and forth in front of you. Here, you’ll see Red-billed Tropicbirds, frigatebirds, Masked Boobies, Storm Petrels, Short-eared Owls and fur seals.

In the afternoon take a short panga ride to Darwin Bay, a trail which goes past tide pools where Swallow-tailed and Lava Gulls are seen. You then enter a forest of salt bush where colonies of Great Frigatebirds are nesting. To attract a mate, males flap their wings and inflate a red-balloon-like sack in their throats. You will also have the opportunity to swim and snorkel here. Overnight aboard the M/V SANTA CRUZ.

Disembark at Puerto Baquerizo Moreno. This small attractive port is the provincial capital of the Galápagos Islands (population 4,000), along a crescent-shaped bay. It was this very same island that Charles Darwin first visited, back in September 1835. Visit Centro de Crianza Jacinto Gordillo (La Galapaguera Cerro Colorado) where the National Park has established a breeding program for the giant land tortoises that you will encounter in their natural habitat. Learn about their origin, evolution and threats by introduced animals at the information center for visitors. Along the trail, you will find the San Cristobal (Chatham) Mockingbird and Calandrinia plant, both endemic to this island.

This morning finds you in USA with incredible memories of the spectacular wildlife and incredible people. Whenever you look back on this experience just know that you’re in good company – the Galapagos Islands have touched the hearts and imaginations of Lord Byron, Charles Darwin and countless others like yourself.

This is truly a destination that is great to travel to year-round. In the Galapagos, the climate is generally pleasant. Due to mist, cloud cover and cool Pacific breezes, conditions are rarely hot. In Quito, over 9,000 feet above sea level, the temperature ranges from 55ºF at night to 78ºF at noon. The Coast’s climate (Guayaquil) is generally warm and can be quite humid.