South Africa – In the Footsteps of the Royals

Charming, elegant and mysterious, South Africa awaits you on an exciting journey, featuring many of the cultural and philanthropic stops the Duke & Duchess made during their recent royal visit in Africa! Feel the warmth of the African sun while exploring Cape Town’s immense cache of unrivaled beauty and exotic botanical gardens, up the Cape Peninsula to the Cape of Good Hope and the endearing penguins of Boulder Beach. Explore Table Mountain and the verdant winelands, richly complemented by Dutch colonial architecture. Feel the rush of seeing Africa’s Big 5 up-close in Kruger National Park while surrounded in comfort. South Africa’s tumultuous struggle to end apartheid is on display when you visit the Nelson Mandela House and Apartheid Museum. The post extension takes you to Zimbabwe and the glorious roar of Victoria Falls. Explore and rejuvenate the soul in South Africa. 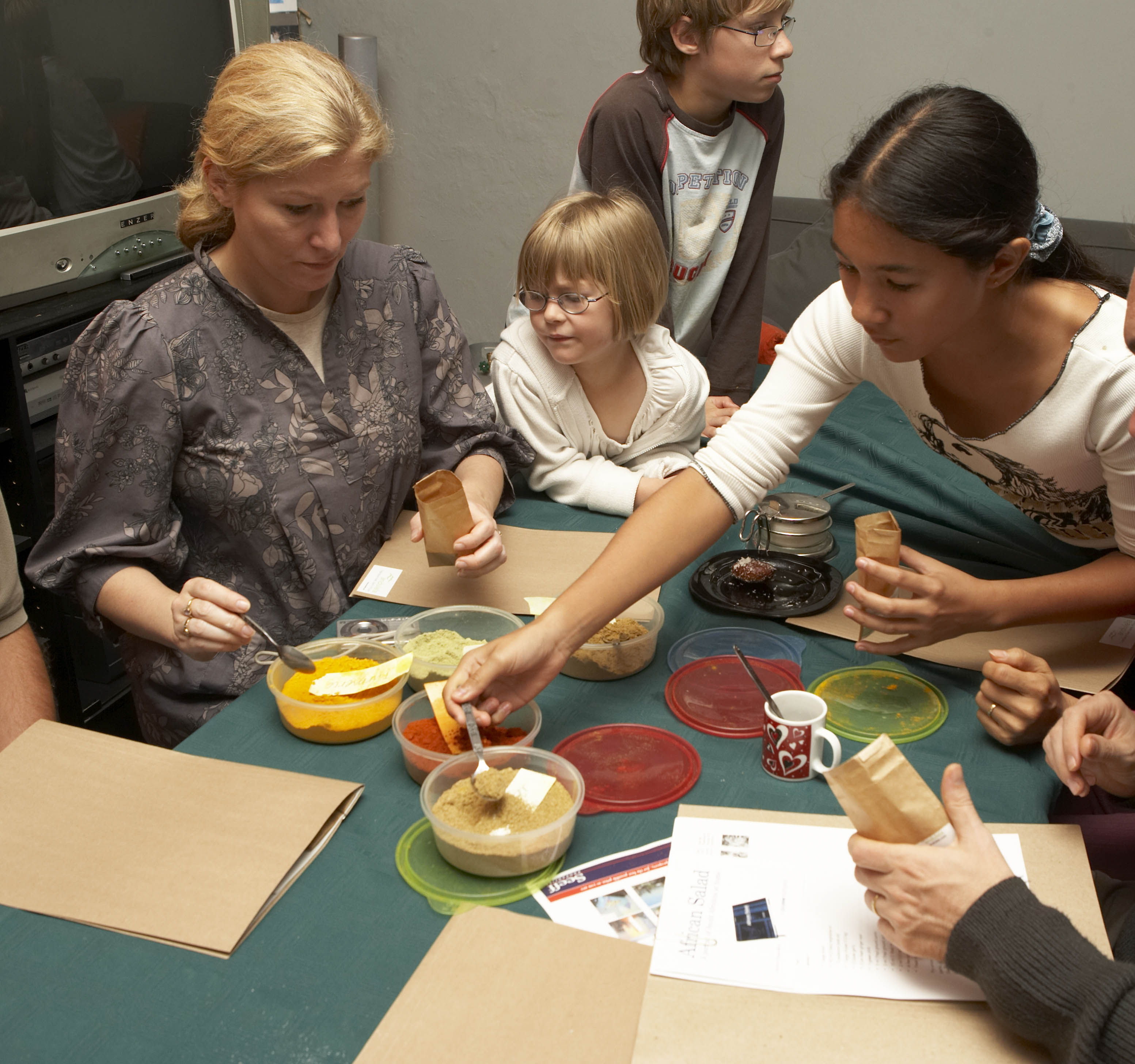 Your journey begins as you board your overnight flight to Cape Town, arriving the next evening. Your home for the next four nights has over 200 years of history within its walls and is situated in six acres of attractive landscaped parkland on the banks of the Liesbeeck River. Located in the lush leafy suburb of Newlands, the hotel is within easy walking distance of the up-market Cavendish Shopping Centre and is just 10 minutes away from the City Center and the popular Victoria & Alfred Waterfront. This beautiful establishment comprises the original home of Lady Anne Barnard and new bedrooms designed by highly acclaimed architects Jack Barnett and Revel Fox and is filled with works by leading South African artists. VINEYARD HOTEL & SPA.
(Meals Aloft)

Start your day at Cape Malay Quarter, or ‘Bo-Kaap’ sprawling along the slopes of Signal Hill. The attractive, brightly colored, flat-roofed houses, decorative mosques and the sound of the muezzin calling over the city streets have remained relatively undisturbed. Enjoy a hands-on, practical lesson on how to cook like a real Cape Malay ‘Auntie!’ Learn how to fold samosas and mix masala for that perfect pot of Cape Malay curry! A local woman will host you at her home, where you will not only learn secret cooking techniques, but also get an insight into daily life in Bo-Kaap, and will indulge in a mouth-watering traditional meal. Your day ends with a tour of District Six at Cape Flats with a township guide, and Langa, the oldest formal black township in Cape Town. Witness the living accommodations created at the height of the apartheid era as a dormitory area for the working class. VINEYARD HOTEL & SPA.
(Breakfast, Lunch)

Ascend Table Mountain in a cable car and experience the magnificent views. This World Heritage Site features some 1,470 plant species. You’ll also stop by the Woodstock Exchange, the creative heart of Cape Town, filled with galleries, studios, street art, and artsy types galore. Even Meghan, Duchess of Sussex visited the Woodstock Exchange to meet with the female entrepreneurs working here during the royal tour of South Africa. Next visit the Justice Desk, an organization that empowers local people to understand and defend their human rights, in order to build safer communities for all. As an organization, they educate, train, fight for and equip youth, vulnerable groups, civil society, and governments in human rights, justice and advocacy. Continue to the Constantia winelands region, situated behind Table Mountain, it is also the oldest wine district of South Africa. Visit one of the wine estates and enjoy a relaxing wine tasting and cellar tour before sitting down for a delicious lunch. VINEYARD HOTEL & SPA.
(Breakfast, Lunch;Breakfast)

Depart Cape Town and fly to Skukuza, and transfer through the southern portion of Kruger National Park to your secluded and tranquil lodge. Safaris are conducted either on foot or in open-sided game-viewing vehicles and led by professional rangers and Shangaan trackers. The reserve is home to the great cats – lion, leopard and cheetah, as well as elephant, buffalo, black and white rhino, zebra, giraffe and a host of antelope. Night drives may afford you a glimpse of elusive nocturnal animals such as the armadillo like pangolin and African wildcat. Animal tracking, bird watching and stargazing are other available activities. IMBALI SAFARI LODGE.
(Breakfast, Lunch, Dinner Daily)

Immerse yourself in South Africa’s complex history at the Mandela Family Museum, the Apartheid Museum and Hector Peterson Square. Reflect on the fight for equality as you view eye-opening photographs, artwork and exhibits with memorabilia from world leaders and scholars.

Visit the black suburb of Soweto (the name is an abbreviation of Southwestern Townships) for a look at all types of neighborhoods, ranging from shanty towns and worker’s hostels to the modern home of Nelson Mandela (he lived there for only a short while upon his release from prison, and it’s where Winnie, his ex-wife, now lives.)

Your next stop is at the Hector Pieterson Museum two blocks away from where Hector Pieterson was shot and killed. It became one of the first museums in Soweto when it opened in June 16, 2002 on the anniversary of his death. Hector Pieterson became the iconic image of the 1976 Soweto uprising in apartheid South Africa when a news photograph of the dying Hector being carried by a fellow student, was published around the world.

Your morning is at leisure to relax and enjoy the amenities of your hotel, before transferring to the airport for you flight back home.
(Breakfast, Meals Aloft)

Continue your adventure to Chobe National Park in Botswana, home to some of the largest elephant herds on the continent. Stay at Chobe Game Lodge in the heart of the park and be pampered with superb service and cuisine. Then, head to Zimbabwe for the idyllic experience of Victoria Falls. This incredible spectacle — “The Smoke That Thunders,” as it is known to locals — is the world’s largest waterfall. Enjoy a sundowner cruise on the Zambezi River.

No matter when South Africa is visited, it is a stunning country and one is sure to delight in its offerings. South Africa is affected by the waters surrounding the country on three sides, and thus there’s variation in the weather pattern depending on what part of the country visited. In Cape Town, the winter months (June-August) are mild and changeable; this is also the time when most of the rainfall occurs in the Cape. Summer months (January-March) around Cape Town are generally dry. On the high veld, in the center of South Africa around Johannesburg, there are sharp differences of temperature between day and night and it can be quite cold during the winter months. During the summer months at Kruger (December-March,) there can be sporadic rainfall in the form of quick thunder showers, but wildlife viewing is superb no matter when visited. April through August represent the winter months in Southern Africa which in turn means very little rain in most of the country, except for the Cape. South Africa is incredible to visit, particularly the Cape, during the Spring, when the wildflowers are in bloom – generally midAugust through September. Marine enthusiasts should consider visiting between June and November when the Southern Right Whales congregate in the waters.