Great Escapes: Botswana – A Tapestry of Wildlife & Nature
Categories: Botswana, GREAT ESCAPES, Southern Africa, Sub-Saharan Africa Itinerary Upload File:   Product Banner Image:   , , Products Link PDF:   Departure Date and Year:   Base Price:   8,095 Products Link PPT:
Select Category
Explore the best of Southern Africa, as you begin your adventure to Victoria Falls on the Zimbabwean side. Walk along the falls, watch as lazy hippos relax river side during a cruise along the Zambezi River. Next make your way to Botswana; look out for the world’s largest population of elephant in Chobe National Park and then take in the breathtaking views of the Okavango Delta as you fly across this majestic landscape to your camp. 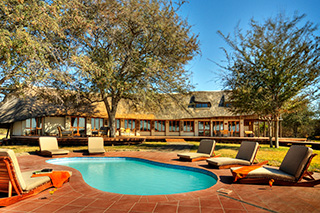 Your journey begins as you board your overnight flight to Johannesburg (own arrangements).
Meals Aloft

Upon arrival at the Johannesburg International Airport this afternoon, you’ll be met and escorted to your hotel. Often called Jo’burg, Johannesburg is the country’s largest city and financial center with ultramodern skyscrapers and a bustling way of life. Truly, the city of gold, as its claim to fame is the gold that was discovered nearby.

Peermont Mondior Hotel at Emperors Palace, known as the ‘Palace of Dreams’, provides hotel accommodation near O.R. Tambo International Airport that is elegantly furnished in a contemporary African style. An exciting standard in world-class business, conference and leisure accommodation dominates the atmosphere at this luxury hotel. The hotel features 150 spacious rooms and suites. Watch the sunrise over breakfast, enjoy a sociable luncheon at the chic Oriana restaurant and finish off the day with a relaxing cocktail at The Silver Moon bar. Hotel guests have access to the casino, dining, entertainment, convention and relaxation facilities at the Emperors Palace Hotel, Casino and Convention Resort. Overnight at PEERMONT MONDIOR HOTEL.

Your flight this morning takes you to Victoria Falls, Zimbabwe, and the mighty Victoria Falls. At more than twice the size of Niagara Falls it’s no surprise that Victoria Falls are among the Seven Wonders of the World. Mosi-oa-Tunya (The Smoke that Thunders,) derived from the towering column of spray when the Zambezi River runs high, is the name that Zimbabwe’s local people have given to this awesome natural phenomenon. The name is probably more appropriate and descriptive than “Victoria”, which has a far too calm and composed ring to it to do justice to the masses of thundering, swirling water of these spectacular falls. But all Dr. David Livingstone probably thought of when he named the falls after his Queen in 1855 was his royal duty. Five separate falls make up this incredible spectacle that plunges more than 300 feet into a sheer-sided chasm which separates Zimbabwe from Zambia. The awe-inspiring abyss is spanned by a 1905 Edwardian bridge which links the two countries and many adventurers now use to bungee jump. The masses of water plunging down the falls and into the gorge below originate from the mighty Zambezi River that meanders through more than 1,677 miles of African countryside.

Your visit will include a tour of the falls on the Zimbabwe side. An afternoon sundowner cruise will be a highlight as you glide along the Zambezi River watching hippos snort, elephants drink on the riverbank, monkeys jump from branch to branch, birds fly overhead or pose for a photograph on the branches, and much more. Enjoy your gin and tonic, cool beer, or drink of choice, and see a panoramic sunset as the sun dips below the horizon, painting the whole area in unbelievable colors of brilliant reds, yellows, purples and mauves.

Ilala Lodge is an intimate boutique hotel ideally situated on the Zimbabwean side of the mighty Zambezi River, where it is geographically the closest hotel to the magnificent Falls. All of its 56 rooms have views of the Victoria Falls spray. The décor of the rooms is classic and the furniture is made from teak railway sleepers. Each room has en suite bathroom, aircondition, satellite TV, overhead fan, hair dryer, a digital safe, as well as tea/coffee-making facilities. The food at Ilala Lodge is excellent, the Palm Restaurant offers superb cuisine, and the chance to relax, and soak in the atmosphere and elegant surroundings. Overnights at the ILALA LODGE. (B Daily) http://www.ilalalodge.com/

Head to Chobe National Park where you will spend the next three nights on wildlife viewing and boat activities. World renowned for its wildlife, Chobe is a symbol for so many of the things that are unusual, exciting and interesting in Botswana. It is the second largest park in Botswana, and the first declared national park. Your destination will be the Chobe River front, and your accommodation will be close to the town of Kasane, the heart of a road network which gives access to Zambia, Zimbabwe and to the Caprivi Strip of Namibia. The park covers a wide variety of country; riverine forest, floodplain, periodic marsh, mopane and miombo woodland and a few rocky outcrops. Such a diversity of habitats implies a wide variety of wildlife, which ranges from water animals such as hippo, crocodile, otter and fish, to forest and dry land species such as elephant, buffalo, giraffe, zebra and eland. In all areas predators abound – lion, leopard, cheetah and hyena are plentiful. In the open grasslands of the pans, one can find the rare oribi and occasional reedbuck. Puku, an antelope associated with this park, can often be seen in herds around the edge of the river. The Chobe River is also well known for its magnificent bird viewing, with over 400 different species, ranging from eagles to kingfishers and from Marabou Storks to bee-eaters. Occasionally, Carmine Bee-eaters build colonies in the sand banks of the floodplains where they nest in their thousands. There are over 90 species of fish in the local waters, and if you’re so inclined, an activity you might wish to partake is fishing.

A major feature of Chobe National Park is its overabundance of elephant often seen at the river front bathing in the water. Vast numbers of elephant come down to drink in the late afternoons and it is possible to see as many as 1,000 of these magnificent animals in a two-hour wildlife drive. The Chobe elephant comprise part of what is probably the largest surviving continuous elephant population, covering most of northern Botswana and northwestern Zimbabwe. Botswana’s elephant population is currently estimated at around 120,000, which has built up steadily from a few thousand in the early 1900s and has escaped the massive illegal off take that has decimated other populations in the 1970s and 1980s. These elephants are migratory, making seasonal movements of up to 124 miles from the Chobe and Linyanti Rivers, where they concentrate in the dry season, to the pans in the southeast of the park, to which they disperse in the rains. The elephants in this area have the distinction of being the largest in body size of all living elephants though the ivory is brittle and you will not see many huge tuskers among these gentle giants.

Elephant Valley Lodge is found in the peaceful wilderness of the African bush. The lodge is located in a unique position over-looking the Lesoma Valley in the Chobe District, amidst the largest population of African elephant in the world. There are 20 spacious accommodation tents with such amenities as fans in the summer andelectric blankets in winter, hair dryers, charging points and en-suite shower and toilet. Overnights at the ELEPHANT VALLEY LODGE.http://evlodge.com/

Enjoy the last chance to take in the beauty of the park as you board your charter flight to one of the world’s most distinctive regions, the Okavango Delta, earth’s largest inland water systems. Its headwaters start in Angola’s western highlands, with numerous tributaries joining to form the Cubango River, which then flows through Namibia (called the Kavango) and finally enters Botswana, where it is then called the Okavango. Millions of years ago the Okavango River used to flow into a large inland lake called Lake Makgadikgadi (now Makgadikgadi Pans). Tectonic activity and faulting interrupted the flow of the river causing it to backup and form what is now the Okavango Delta. This has created a unique system of water ways that now supports a vast array of animal and plant life that would have otherwise been a dry Kalahari savannah.

Your activities center on mokoro (dugout canoe) rides, boat excursions and walking safaris. See the delta from water level and relax as you glide through quiet reed-lined channels. Birding is excellent, with Pels Fishing Owl and Wattled Crane being observed with regularity. In all, more than 600 species reside within the 7,000 square miles of islands, marshes, flood plains, and channels of which the Okavango is comprised. Feel the beat of Africa beneath your feet on a walking safari, and take a boat through the reeds to spot some of the larger species such as elephant, red lechwe, zebra, wildebeest, giraffe, baboon, monkey, warthog, and buffalo, along with major predators such as lion, leopard, and hyena. If you are lucky, spot the elusive sitatunga antelope which have been known to sleep in the water, with only their nostrils resting above the water’s surface.

The Khwai Concession is a 180,000-hectare reserve situated in the north eastern Okavango adjacent to the Moremi Game Reserve, meaning there is plenty to explore in both areas! The area is home to a vast species of game including elephant, buffalo, lion, leopard, cheetah, wild dogs, hyena, giraffe, zebra, wildebeest, kudu, red letchwe, impala, honey badgers, hippos and crocodile.

Saguni Safari Lodge is situated in Moremi East in the Okavango Delta. It is nestled in an island of mature riparian trees, typical of the Okavango Delta. The Lodge overlooks the ‘Mbudi Lagoon’, in the beautiful game-rich area of Khwai. The name ‘Saguni’ is a bushman name for Khwai, meaning “an area with abundance of game and spectacular sights”. The Camp’s accommodation consists of 7 luxury tents and 9 standard tents, furnished in a classic style ensuring that time between activities is spent relaxing comfortably.
Overnights at SAGUNI SAFARI LODGE. https://africawildlodges.com/saguni-lodge/

A last activity this morning before you will transfer to the airstrip for your light aircraft transfer to Maun where you will board your scheduled flight to Johannesburg. Here, connect with your overnight flight back home.

This morning you land in the USA bringing with you the memories of all the wonderful sights of Southern Africa.

Extend your journey with a delightful retreat in Cape Town, one of the loveliest cities in the world. Enjoy stunning accommodations at the VINEYARD HOTEL AND SPA. Ascend Table Mountain and take the coastal route to the Cape of Good Hope to discover charming seaside towns, spectacular wildlife, and the comical penguins at Boulders Beach. Tour the brilliant Kirstenbosch Botanical Gardens and spend a day in the famed Boland Valley wine region.

Botswana can be visited year-round. June-August is Botswana’s winter and the mornings and evenings can be quite cold, the water levels are at their highest, and it is generally considered high season. However, the off-peak season also offers spectacular wildlife viewing and the pricing is best during that time of year.

At Victoria Falls, the water levels are high January-July on the Zambian side and diminish after that. For best viewing of the Falls, we recommend that travelers visit the Zimbabwe side between August and the end of the year – this tour can very easily be arranged at an additional cost if staying at the Zambian side of the Falls.