Finger Lakes, New York – Beauty and Strength in the Shadow of Women’s Suffrage

Category: North America Itinerary Upload File:   Product Banner Image:   , , , Products Link PDF:   Departure Date and Year:   Products Link PPT:
Select Category
As beautiful as they are resilient, the Finger Lakes of New York, once the home of the powerful Iroquois nation, are a monument to both timeless natural beauty and the progress of a more equal world. Here you will find yourself surrounded by awe-inspiring nature as you follow the trail of suffrage and abolition that was pioneered in this area, carving the way of equality and justice for millions of women and people of color throughout America. More than Suffrage, our tour is a celebration of female activists who wielded considerable power even when they weren’t counted as equals; from trail blazing activists like Susan B. Anthony and Elizabeth Cady Stanton to hands-on spies and liberators like Harriet Tubman, this is a journey through the soul of our nation and its hard-fought battle for a better future. 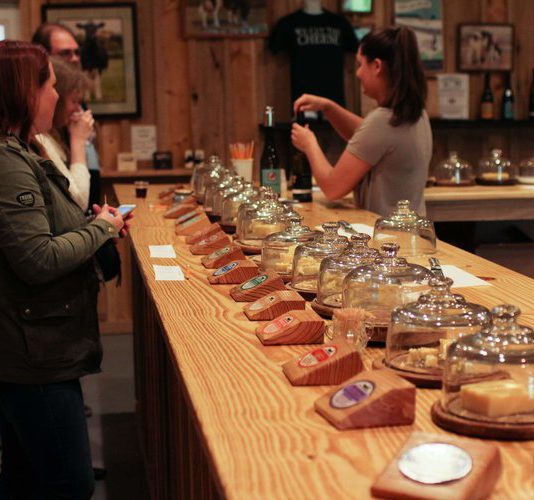 Upon landing in Rochester, NY, you will be met at the airport and escorted to your hotel. En route, enjoy lunch and a tour of Genesee Country Village and Museum in Mumford, the largest living history museum in New York State, a 19th century historic country village with 68 buildings where knowledgeable, costumed interpreters keep the hearth fires burning, the heirloom gardens flourishing, and the livestock tended. There are live demonstrations at the pottery, copper shop, tinsmith and blacksmith progressing through three different time periods: the Pioneer Settlement, the Civil War period, during which a proper town developed, and finally the Gas Light District. Smell the aroma of fresh based pies and bread, roll the hoop with a stick, and test your balance on stilts. Tonight, enjoy a welcome dinner and discussion about the events ahead. DEL MONTE RENAISSANCE ROCHESTER HOTEL & SPA or similar.
(Lunch, Dinner)

After breakfast, depart to Seneca Falls, one of the early centers of the women’s suffrage movement. You will visit Women’s Rights National Historic Park which was established in 1980 and tells the story of the first Women’s Rights Convention. Next you will visit the home of Elizabeth Cady Stanton, the author of the Declaration of Sentiments, the document signed by dozens of women and men at this first convention, which states that “All Men and Women are created equal.” Elizabeth Cady Stanton was a suffragist, abolitionist, and leading figure in the early women’s rights movements and was the president of the National American Suffrage Association from 1890 until 1892. She nicknamed this home the “Center of the Rebellion.” Continue to the National Women’s Hall of Fame, currently housed in the Helen Mosher Barben Building in the heart of the Historic District. Head to Muranda Cheese Factory in Waterloo for a tour and tasting, before returning to Pittsford where you may enjoy dinner on your own at one of the excellent local restaurants. DEL MONTE RENAISSANCE ROCHESTER HOTEL & SPA or similar.
(Breakfast, Cheese Tasting)

Your first visit of the day, the Susan B. Anthony House, is home of the legendary American civil rights leader. This is where she lived, and the site of her famous arrest for voting in 1872, and where she died in 1906 at the age of 86, following her “Failure is Impossible” speech in Baltimore. Next, head to the nearby Mount Hope Cemetery, the resting place of historical figures such as Susan B. Anthony and Frederick Douglass. Enjoy lunch on your own before continuing to Sonnenberg Gardens and Mansion State Historic Park, home to one of the most important residential greenhouse complexes in the United States. Afterwards, transfer to New York Kitchen in Canandaigua for a cooking class and dinner. DEL MONTE RENAISSANCE ROCHESTER HOTEL & SPA or similar.
(Breakfast, Dinner)

Drive to Fayetteville to visit the home of Matilda Joslyn Gage, a 19th-century women’s suffragist, Native American rights activist, abolitionist, free thinker and prolific author. Matilda Joslyn Gage was deliberately written out of history after her death in 1898 by an increasingly conservative suffrage movement. Equal in importance to Susan B. Anthony and Elizabeth Cady Stanton, Gage is all but unknown today. Work is under way to correct that through the Matilda Joslyn Gage Foundation. Afterwards continue to the historic village of Skaneateles, the “Eastern Gateway to the Finger Lakes,” where you will enjoy lunch at The Sherwood Inn, which was built in 1807 by Isaac Sherwood, a prosperous local businessman.

Next, drive to Auburn to visit Harriet Tubman National Historic Park, built in honor of the American abolitionist and political activist. Born into slavery, Tubman escaped and subsequently made some 13 missions to rescue approximately 70 enslaved people, using the network of antislavery activists and safe houses known as the Underground Railroad. This site is an independent, non-profit established in 2017 by the African American Methodist Episcopal Zion Church, charged with sharing Harriet Tubman’s core values. The homestead is comprised of three properties: the Harriet Tubman Home for the Aged, the nearby Harriet Tubman Residence, and the Thompson A.M.E. Zion Church.

After this engrossing visit you will stop at several wineries en route back to your hotel where you will have your farewell dinner at a local restaurant and the balance of your evening at leisure. DEL MONTE RENAISSANCE ROCHESTER HOTEL & SPA or similar.

Today you transfer to Rochester Airport and your homeward flight, taking with you all the wonderful memories of New York’s Finger Lakes and understanding of the Women’s Suffrage Struggle.
(Breakfast)

PRICING: Per person, based on double occupancy and a minimum of 6 travelers

Maximum group size: No restrictions, although we recommend a maximum of 35 travelers.

New York has a temperate climate with warm, humid summers and cold winters, but generally above freezing temperatures. Precipitation is fairly even throughout the year, with thunderstorms quite common in the summer months. New York is a destination that can be visited year-round.
x